We have been receiving some questions as to whether we are considering postponement of the 2020 Reunion given all that is happening in the world.

At this time, we have not closely examined that option as we are waiting it out for a bit to see how this entire situation unfolds and how, if the world opens back up for socializing.

If the conditions do not improve and the time is not right, the postponement of the event is also a viable option to examine, although not yet.

Again, we will keep you posted on all developments.

One of the most popular of the early 1960s Modified drivers, Wally Dallenbach went from the Northeast Short tracks to the Indianapolis Motor Speedway to the Hall of Fame. And along the way, Dallenbach changed motorsports forever.  To get the whole story of Wally Dallenbach and his amazing career we should start at the beginning.
Wally Dallenbach was born December 12, 1936 in East Brunswick New Jersey. Dallenbach’s interest in racing began at an early age. When he was 15 years old, a young Dallenbach modified a 1938 Ford Coupe into a stock car. Dallenbach was too young to drive at the time so he built and campaigned the car for two years as owner and mechanic.
When Dallenbach turned 17, he began drag racing. In 1959 he built and raced Buick-powered cars including a blown rear-engine Dragster.  He earned eighty wins over the next five years. When he turned 21 he began oval racing at tracks up and down the east coast, earning several wins during this four year period. Wally Dallenbach was fast gaining a reputation for success on which ever track he raced on.
In 1965 opportunity came knocking.  Dallenbach got the opportunity to drive an open cockpit racer at the Champ Car event at Langhorn in Pennsylvania. You didn’t have to ask Wally twice. By the way he finished 9th in his rookie outing. Langhorn was the beginning of a career that lasted until 1979.
During Wally Dallenbach’s professional driving career, he enjoyed success and definite high peaks in his driving career. Along with many top 10 finishes he won five times and three of those victories came in succession during the 1973 season at the Milwaukee 200, the Ontario 100 and the Ontario 500.
Dallenbach had 13 Indianapolis starts with a best of fourth in 1976. We should note here that in 1975, Wally had the race won but burned a piston while dueling with A.J. Foyt for the lead. He had been leading when he retired on lap 167. Sad thing is, the race was called a handful of laps later when the race was stopped.
In 1980, after retiring from driving the year prior, Dallenbach was named the Competition Director for Championship Auto Racing Teams and then in 1981 he became CART’s Chief Steward a position he held until he retired in 2004.  During his tenure as Chief Steward, Dallenbach improved the on track safety programs and established nondenominational church services at the race track for Drivers, teams and their families.

​ATTN:  All CART Alumni Members and Participants. The CART Newsletter will now be the primary outlet for news and information about the reunion. You must be a member of CART ALUMNI to receive the newsletter.  If you have not signed up to be a member, you can go to our website, cartreunions.org, and sign up. We will be having some exciting news in the next few months about our next reunion. So, register as a CART ALUMNI member, and be the first to hear about it.
_____________________________________________________________________________________________
A Thank You from the President:
​
As we close out on the third CART Alumni Reunion, it is time to put into print my sincere thanks to all the people and organizations that made this year’s event such a remarkable one. Please do me the favor of reading all the way through this as the comments are sincere and deserved by all. I usually say, “On Behalf of the Organizing Committee”, but this is just one from me. I’m sure they all share in my thoughts. I would like to thank, in no particular order, Our host, Chip Ganassi Racing, for both offering and allowing us to take over their tremendous facility for our event. Thanks of course to Chip, who has supported us from the very first day we had announced this - saying personally to me - “Whatever you need Paul.” Thanks to Managing Director Mike Hull, who, in a conversation at Road America with Brett a few years back, offered up the idea of the use of the shop for the event. It became a reality. The Ganassi staff including Shop Manager Grant Weaver, Special Events Coordinator Kris Keech, Gary Rovazzini, and the team members that were on-hand to explain sub-shop functions.   A special shout out to Linda Rosenberg of Commotion Promotions for all of her great help with all of the additional takeaways and awards for the event.  Thanks Linda!!
All deserve a huge thanks for all the help, support, and concern that our event at their facility would be one to remember. For all of us and especially those whom had never been in a shop before, it is sure to be just that. Thank you to the Catering Staff and Bar Management Staff from Dawson’s who served a wonderful meal and did it without asking a single question. They came in, did their work, and then disappeared without our attendees noticing anything. It was not only delicious but the process was seamless. Well Done! The 1911 Grill acted as our headquarters on Friday night, and the staff welcomed us with open arms and made us comfortable in every way. You can always tell when a vendor is happy with the event when they inquire as to when we are going to do the “next one”. We appreciate the 1911 and all of the other locations in the downtown area that offered us discounts to make the event a little easier on the pocketbook. Our thanks to Owen Snyder and Dallara for offering an inside look at the manufacturing process of today’s Indy car. Not many people have had the opportunity to see what we saw. We thank Dallara for hosting the tour on Saturday morning. Thanks to the Indianapolis Motor Speedway for offering us discounted tickets for the Red Bull Air Races that were held on Saturday & Sunday at the track. And, thanks to the Speedway Museum management for allowing us a 50% discount on all admissions by participants of the reunion. Both are rarely approved and it is greatly appreciated that they offered this to us. A special thanks goes out to Beth Rovazzini, a member of the Speedway Chamber of Commerce and liaison to so many of the vendors and contacts that we needed to communicate with. It made it so easy to have some “feet” on the ground to work with the locals. If we asked about it, she knew where to get it or how to get it handled. Our hotels this year, The Hampton and The Residence Inn, offered us some outstanding discounts on accommodations right in the vicinity of the main reunion event. I also wish to thank Gatsby’s Bar & Grill for accommodating our participants with discounts on food and beverage.

At the Reunion itself it was an honor to have the opportunity to introduce the speakers that were willing to help us remember the “days”. I wish to thank Wally Dallenbach, Gordon Kirby, Jim McGee, Andrew Craig, and Hunter Floyd for contributing to the event as they did. It’s never boring. And, we need to recognize our sponsors that help to make the reunion a success from a logistical and financial standpoint.

Without their generous and consistent support, we would not be able to put on the event as we do. Our sincere thanks to all of you

I thank four people for their assistance with all the audio-visual-media expertise. Bob Davidson and Scott Randall took this area over at the event and handled it without a hitch. David Miller helped us convert a lot of the old files into useable “rolls”. In addition, in advance of the event, Mel Poole drafted a lot of the announcements and scripts that were distributed via the website or Mail Chimp. My thanks to all.

And then there is the Organizing Committee, who volunteers and sacrifices their time for the sake of the event,

Mary Kite - her quiet wisdom always has input for us all especially when the situation we are working on might be delicate or sensitive.
Bill Luchow – one of the “founders” of the event itself, has been there from the true beginning and helps in all ways he can even though he is mostly calling in from on the road. We missed him at the event this year due to work, but he was there, getting some of the feeds live.
Billy Kamphausen – for whom without this event would not take place, as he contacts and follows up with all the actual or potential sponsors and makes sure that they are happy with what we do. He does this job like he patrolled pit lane - like an “Energizer Bunny”.
Susie Jensen – the Secretary of the Organization and the person who does so many of the “little things” which we all take for granted that there are too many to count. We rely on her to follow up on so much and is our proofreader of everything that gets published. Trust me, no detail gets past her.
​                                             Brett Crabtree - the Vice President of the Organization and the person who has the thankless job of sending out all the emails, the Mail Chimps, and the design, posting, rearranging, and constant minor adjusting of the website. Without him there would be no website, and we would not have the communication links that we have established.
The members of the committee listed above are the people that deserve all the credit for putting on this event. Trust me, without each and every one of them, there would simply not be a reunion event. I believe that they did a fine job, again. Thank you.

But most of all I want to thank all of you who attended this year’s event, as well as the previous ones. You are what this is for and you all are what makes it special. As tough as the work gets sometimes, or gets frustrating, it all simply and rapidly melts away when the family gets together in the same location, and we see faces not seen as often as we did in the past, able to enjoy their warmth and company.

That’s what a family does when it gets together. For that is truly what we are…family.

Thank you – one and all.
Paul J. Leyton President, CART Reunions 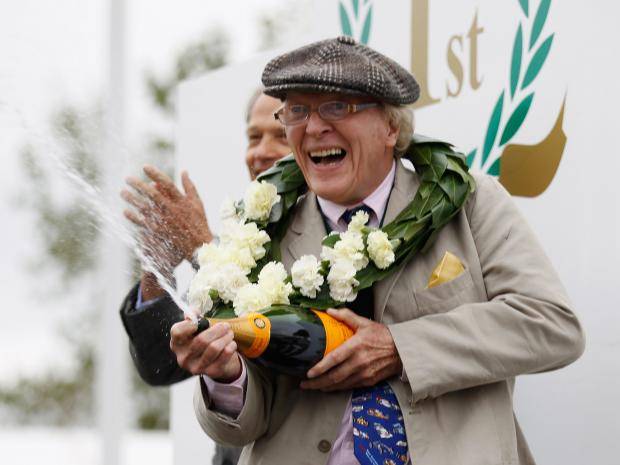 It is sad to report the passing of Dan Gurney. We had the honor of recognizing Dan at our last reunion. He was a driver, team owner and innovator and he will be missed by all of us. 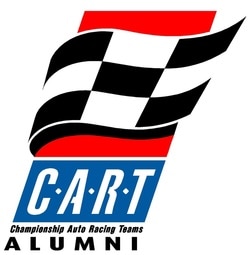